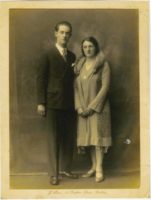 In July 2021, Jillian co-authored an article in the world-renowned medical journal “The Lancet”