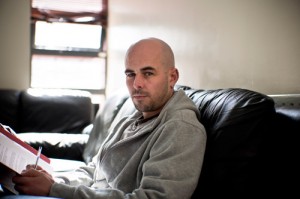 It is over 75 years since the Irish people approved a new Constitution in 1937 with Bunreacht na hÉireann replacing the 1922 Constitution of the Irish Free State. The Constitution is of course a vital, living document which seeks to reflect the values at the heart of Irish society.

As we all know, societies develop and change over the years and it is important for a Constitution to reflect this. Indeed, over the past 75 years our Constitution has been amended a number of times by the people, to reflect historical and societal change. The current Programme for Government included a commitment to establish a Constitutional Convention and this work is underway.

This year already, the members have voted in favour of lowering the voting age to 16 and to amend the clause in the Constitution which emphasises the central role of women in the home. Some of the other key issues for the Convention to examine in the first stage of its review this year include: reform of the Dáil electoral system; giving Irish citizens abroad the right to vote in presidential elections and the provision for same-sex marriage.

EVERYONE HAS A RIGHT TO A PLACE THEY CAN CALL HOME

Focus Ireland has always believed in a rights based approach to tackling housing need. Our vision is that “Everyone has a right to a place that they can call home.” We work through our support services and housing programmes to help people to secure a home and to prevent many others from losing theirs in the first place.

Housing is a basic human right and Ireland should honour its international obligations that guarantee a right to housing and act to remove the inequalities in the Irish housing system. We believe that if a right to housing was enshrined in our Constitution, this would help to ensure a more effective response by the State in dealing with the issues of homelessness and housing need.

Unlike other EU countries, Ireland has no established right to housing or accommodation for its citizens. Indeed housing rights in Ireland are historically weak by way of comparison to our European neighbours. Homelessness on the other hand is perhaps the most extreme denial of housing rights in society. It is a phenomenon directly resulting from poverty and social exclusion.

Without a right to housing the extent, nature and experience of homelessness in society is deepened, exacerbated and prolonged. Focus Ireland believes that the absence of a right to housing in Irish society means that previous governments, officials and administrators have responded in a lesser way to the challenge of homelessness and housing need.

CAMPAIGN FOR A RIGHT TO A HOME

Focus Ireland launched a fresh campaign last year calling for a Right to a Home which included writing to the Taoiseach and the Tánaiste on this matter. We believe it was a mistake by the government not to include the right to a home as one of the issues for the Convention to examine as part of its first phase of work.

The finding of our survey show the public wants action on this issue. However, we welcome the Taoiseach’s commitment to add further topics to the second stage of this process and strongly believe that the Right to a Home should be one of these issues.

There has been good work carried out across housing and homeless services for many years – yet Ireland is still failing to provide adequate housing for some of our most marginalised citizens. If we are to effectively tackle major problems in society it must be impossible to view housing as a stand-alone issue. Failure by the State to provide housing leads to people becoming homeless or remaining trapped in low standard, insecure accommodation. We have sadly seen this in recent years as the previous government failed to meet the agreed deadline to end long-term homelessness and the need to sleep rough by 2010.

However, there have been positive developments already this year as Minister Jan O’Sullivan has recently launched a new Homelessness Policy Statement which sets a new deadline of 2016 to end long-term homelessness. Focus Ireland fully supports this policy and will be working in partnership to implement it – but we also still firmly believe that a right to a home is required in our country.

We are still very much focused on working to secure the “Right to a Home” as one of these issues for the second phase of the Constitutional Review.

I hope readers of this piece will support this campaign as we look to continue it this year to keep this important issue on the agenda.

To find out more about the work of Focus Ireland and how you can support our work go to www.focusireland.ie